An advertising collaboration between grocery delivery startup Milkrun and the Do You F*****g Mind podcast has been removed for using ‘offensive’ language. In the advertisement, the name of the podcast was stated twice.

The Milkrun ad was spoken by Alexis Fernandez-Preiksa, host of Do You F*****g Mind. It ran on the BBC World Tonight podcast on August 11, 2022 which resulted in complaints to Ad Standards from some listeners.

“This podcast uses the F word in the ad for Milk run [sic] twice. There is no warning + this is offensive. Is it okay to broadcast this?” a complaint cited in the Ad Standards ruling reads.

Ad Standards found that this breached section 2.5 of the AANA Code of Ethics, which states:

The latest stories, funding information, and expert advice. Free to sign up.

Advertising shall only use language which is appropriate in the circumstances (including appropriate for the relevant audience and medium). Strong or obscene language shall be avoided.

The ruling panel found that the audience of the BBC podcast was most likely adult. However, due to the advertisement being for Milkrun and not Do You F*****g Mind, it found the swearing “irrelevant and unnecessary”.

According to the panel, the language could have been beeped out or replaced with “effing” instead.

“Words and acronyms that play on the ‘f’ word, e.g. WTF and LMFAO, but do not use the actual word are normally considered acceptable if used in a light-hearted and humorous way, are in subtitle rather than spoken word and are appropriate to the situation,” the report reads.

In its rebuttal, Milkrun confirmed that the ad had been removed and would not be republished or rebroadcasted at a later date.

“We apologise for any offence caused however we respectfully suggest the complaint be directed to the producers of the “Do you F*cking Mind” podcast as Milkrun does not have any control over the dissemination of the podcast,” Milkrun said in a statement.

This isn’t the first time Milkrun has opted for fun but risky advertising plays. The company had a run-in with the Alcohol Beverages Advertising Code (ABAC) back in October when it used the nostalgic Little Miss characters to advertise alcohol in an Instagram post. This included a Little Miss F*ck It, Rosé All Day Baby and Little Miss Sunday Funday: 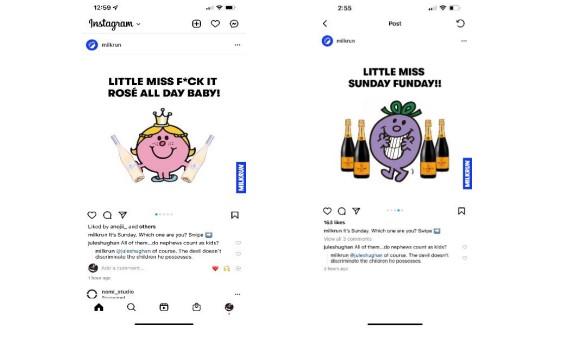 ABAC found that the posts encouraged excessive alcohol consumption as well as an appeal to children due to the book series used.

And in October 2021 it advertised its ultra-fast delivery services in a sign in Bondi offering ‘bags’ in under 10 minutes: 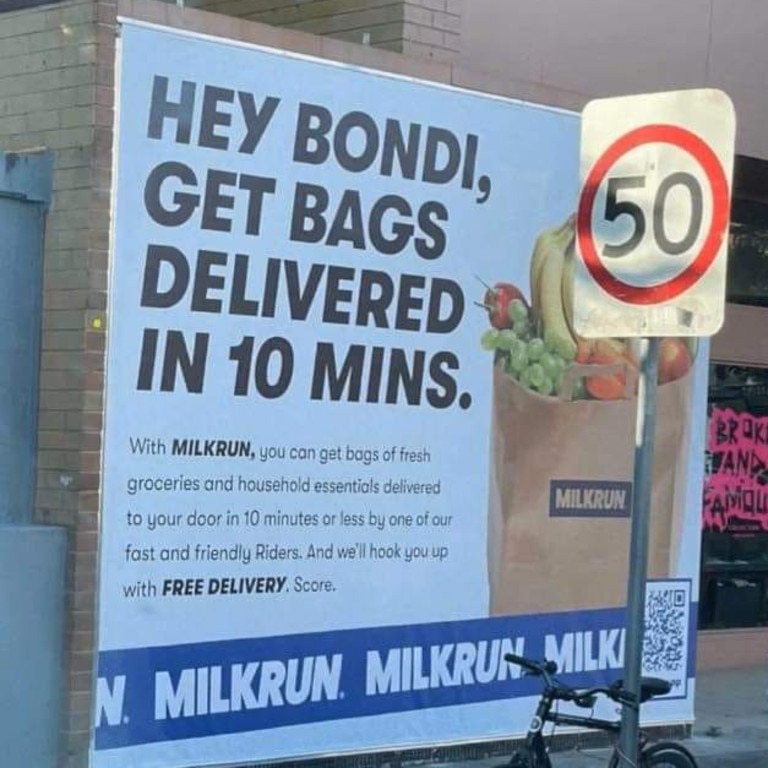 Despite banking a $75 million raise in January 2022, the company was reporting significant losses mid-year and had to ditch its 10-minute delivery promise. The app now states ‘delivery in minutes’.

Today Jaunt Motors has announced a merger with Zero EV to become the biggest EV conversion manufacturer in the world under the name Fellten.

Get the latest business news, funding information, and expert advice. Free to sign up

Francesca Jewellery has donated nearly $1 million to Aussie charities through its Awareness Bracelets. Here’s how it did it
How to foster team culture in the hybrid and remote work era
My biggest mistake: Daniel Flynn, co-founder of Thankyou
COVID-19 forced Thankyou to rebuild its supply chain, but it also saved the business
What is SmartCompany Plus?

What is growth capital and is it right for your business?

Why security and compliance are good for business

The digital experience your customers expect

Startup News
Tegan Jones
Today Jaunt Motors has announced a merger with Zero EV to become the biggest EV conversion manufacturer in the world under the name Fellten.

Information Technology
David Adams
The Department of Home Affairs says it has abandoned the Priority Migration Skilled Occupation List in favour of a refreshed visa processing system, after the reported removal of tech and cyber security occupations from the list caused concern among the local IT sector.

Liquid Death broke all the rules in the wellness sector, to deliver a marketing masterstroke

Get the latest business news, funding information, and expert advice. Free to sign up

To connect a sign in method the email must match the one on your SmartCompany Plus account.
Continue with Facebook
Continue with Google
Or use your email

Send to a friend